Are you finding it hard to reach out to your favorite sites?

Is torrenting not supported in your territory?

Do you want a smooth and safe running of the sites?

Do you want to stay safe online?

There is a choice for everyone in the shape of NordVPN that is a premium quality VPN service on the market. It is a Panama-based VPN with a combination of fast speed, military-grade encryption, and an independently-audited no-logs policy. NordVPN is just the right tool to assist anyone looking for torrenting and streaming on Netflix, Hulu, and other popular platforms.

If you want to explore each aspect of the premium VPN, then here in the article, we have the necessary information that will make you fall in love with the VPN so that you can hide your IP while being online.

We are living in a world where no one wants to waste time. It is important to work at a super-fast speed to ensure that things go well without consuming much time. NordVPN’s speeds make things manageable and supported. This speed is extremely supported while they are using the NordLynx protocol. There were drops reported in the performance for the users of Argentina and Australia. This is because of the distance between these two locations and the European region. There was no speed problem reported in any other part of the country other than these two places, regardless of how remote the areas were. The speed dropdown in different parts of the world are as follows:

The difference in the speed levels is because of the specialized tunneling protocol. Here are the average numbers from the ten different locations that will help you interpret the speed aspect of the VPN.

As compared to the older protocols, the speed is too high. IKEv2 is closer to NordLynx when we talk about the download speed. The highest reduction is recorded in Argentina, while the lowest is reported in Latvia.

If you are using the OpenVPN (TCP) version, then it is really slow. This, on the other hand, has ensured a stable connection. The numbers are not too impressive for many. It is just a standard set. OpenVPN (UDP) is much faster. The speed reduction is 3% and 87% in the UK and Japan, respectively.

If your previous experience with the VPN while streaming was not too impressive, then NordVPN is the best choice. The SmartPlay technology can make your life easier especially when you are trying to unblock streaming media platforms. It is pretty well integrated into the tool so there is no need to use additional support for launching it. The SmartPlay comes into action immediately when you try reaching out for the blocked content.

If you are using a device that is not supporting the VPN clients this application even supports the same. This can unblock the pages that you want to use without requiring a layer of encryption.

NordVPN is a great choice for making the server selection. It has several servers in different countries. All these include the best streaming libraries. If you are living in the US, UK, Canada, and other major locations then you can access any content.

NordVPN supports globally acclaimed devices including Amazon Firestick, Android TV, and even Kodi that has extensions for NordVPN and OpenVPN. If you are trying to use a Roku stick then it will not support it.

Can I Unblock Netflix, Hulu, And Others Using Nordvpn?

Many users believed that streaming can have negative implications for the NordVPN streak. In a test on Netflix, the US library simply refused to be unblocked. The problem can be easily resolved once you remove Cloudflare from the custom DNS address in settings. If you want uninterrupted streaming it is essential to use the default DNS settings.

NordVPN worked successfully with BBC iPlayer. It is unblocked without any extra effort. The proxy errors were minimized too. The British expatriates can enjoy it whenever and wherever they like. There is not much reported regarding the YouTube geo-restricted video unblocks.

While DAZN was being tested no problem was found with the US servers. Things worked smoothly when the user tends to switch to the UK servers.

NordVPN is a popular choice for P2P clients. It works with specialized servers for trending. In many parts of the world, there is a P2P version of the server alongside other servers. Hence, it is not a challenge to look for a closer location to your existing location.

It is easy to find and use any server that can support you in trending. If you find P2P traffic on a non-P2P server then there is no need to put in extra effort as you will be directed towards the P2P server like privacidadenlared.

Features That Make A Difference?

The first-ever version of the application appeared back in 2012. Since then the developers are working really hard to keep things updated. With every new year, the users are getting better features. A few of the updates that were introduced in the years following 2012 are as follows:

Here is what you can get in the feature-packed NordVPN.

SmartPlay automatically comes into action when you are finding it hard to reach out to popular streaming sites like Hulu, HBO Now, and others. You can easily change the DNS settings, which can be a gateway for their SmartDNS. SmartPlay unblocks without the client.

Specialty Servers mean that it is easy to change your IP, location and get maximum encryption

benefits when you are connected. In this feature, you can enjoy the following

You May Also Like  3 Ways Technology Is Improving Residential Communities

Split tunneling is a recent feature. The task of this feature is to help you find the apps that you want to use for the VPN connection. It can be configured to disable VPN for specific apps or enable VPN for selected apps only. It helps you in establishing better control over the VPN usage.

CyberSec explores proprietary DNS servers. Hence, it becomes easier to filter any hazardous website that can harm you. It also supports cross-referencing the accessed web pages in real-time. It is a great feature to blacklist the unsafe web pages that are reported to have harmful elements.

Pausing and auto-connect save your time while being online. In conventional VPN services you are either connected to or disconnected from the server. With this feature, there is no chance of disconnection if you have not disabled autoconnection. The pause feature permits you to pause the connection when you want to stay connected but still don’t want to use it.

Presets is another feature that lets you customize the infinity. And so you can create your customized VPN settings. It becomes easier to access the services from the main screen of the app.

Safety and security is the priority of the developers of the NordVPN. It is through the solid military-grade cipher that you can encrypt your connection.

It is not a localized or regional player but is a global phenomenon. It has 5542 servers running in 59 countries. Here is a region-wise list of the servers that you can choose to connect with 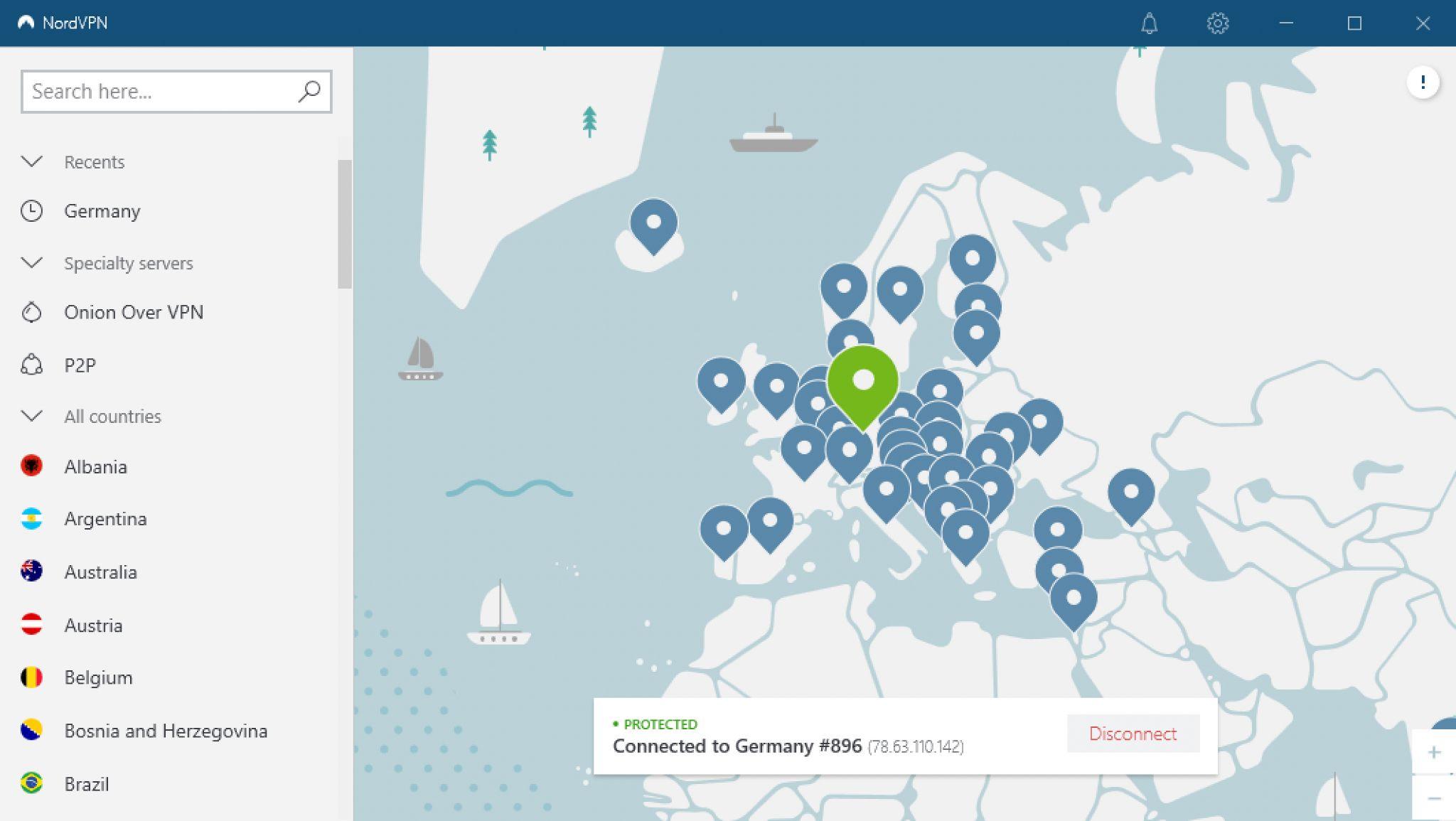 There are no specific pricing schemes or complex plan options. All the tiers come with the same features and benefits. You can enjoy up to 6 simultaneous connections.

The three popular pricing tiers are as follows:

How Hiring an Artificial Intelligence Company Can Boost Your ROI