Netflix is a global company, available in almost every country around the world. While the company works hard to make its original programming available to all subscribers, their libraries vary constantly from region to region. For example, if you’re a Netflix viewer based in the United States, you might not know that in Canada, our neighbors to the north have a number of movies streaming online that you can’t access. Likewise, if you fly to England, you’ll find out that shows like NBC’s The Good Place and AMC’s Better Call Saul are actually labeled as Netflix Originals, with new episodes premiering on the service the day after they first air in the US. And while most countries around the world can finally stream all of Studio Ghibli’s animated classics, those remain an HBO Max-exclusive in both the United States and Canada.

Plenty of Netflix subscribers have had the realization that, if they were able to just jump from country to country, they’d have access to a much larger library to stream from. And since this is the 21st century, it’s totally possible to do just that. Thanks to VPNs, or virtual private networks, you can virtually hop around the world all while keeping your browsing data safe and secure. For just a couple of dollars per month on average, an avast secureline VPN license key can really help improve your experience online.

We cover VPNs all the time at TechJunkie, but when it comes to using a VPN with Netflix, that’s something we take special care of noticing. Unfortunately, VPNs are in a constant struggle against Netflix to work properly. Pressured by both Netflix’s shareholders and studios around the world, Netflix works hard to stop most VPNs from working with their service, and it’s tough to do much about it.

Thankfully, some VPNs do work well with Netflix, thanks to a number of additional features implemented by developers. We’ve covered our favorite VPNs for general use already, but if you’re looking for specific VPNs that cater to anyone looking to stream Netflix from regions around the world, you’ve come to the right guide. These are our favorite VPNs for use with Netflix. 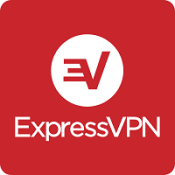 It’s tough to find a VPN that works perfectly with Netflix, but ExpressVPN is probably the offering that comes closest. Though it’s not without its occasional hiccups, most of its servers are well-prepared to stream Netflix from major locations in the world right in your bedroom. Not only that, but ExpressVPN continues to be one of the fastest offerings on the market today, which means less buffering when you’re trying to watch your favorite movies.

You May Also Like  The Stocks To Trade In

ExpressVPN is one of the simplest apps you can find today, no matter where you’re trying to stream from. The app lets you select from a number of locations, then uses a simple on-off switch to let you toggle on your VPN. With apps on all major platforms, including Windows and MacOS, Android and iOS, Linux, Fire TV, and support for routers, ExpressVPN can run on basically any device you own today. 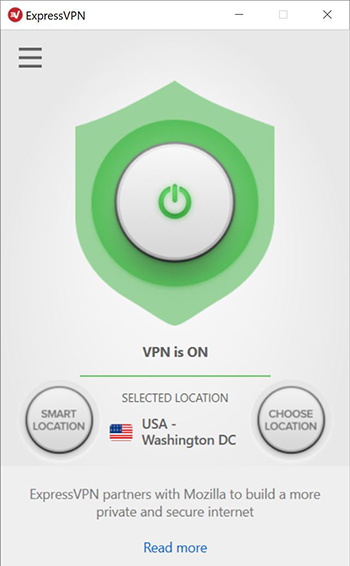 We tested four different locations on Windows with Netflix from the United States: Canada, the United Kingdom, Australia, and the Netherlands. Both Canada and the United Kingdom worked without flaws, immediately connecting us to those region’s Netflix libraries without any kind of slowdown or connection issues. The Netherlands, unsurprisingly, loaded a bit slower, but once we began streaming John Wick 3, Netflix was able to buffer into high definition and stream Keanu’s latest installment in the action franchise without any issues. Unfortunately, Australia was the only server we couldn’t seem to get working here. Australia doesn’t appear on ExpressVPN’s suggested panel, so it seems like the company may not have Netflix protections set up on their Australian servers.

Despite our Australian-based problems, ExpressVPN is by far the best experience we had with a VPN working with Netflix, and it’s highly recommended for anyone trying to watch Netflix in other regions. While we can’t say Netflix will work with every single region ExpressVPN offers, it’s still the best way to jump from your home country to another region for new movies. Though ExpressVPN typically runs users $9.99 per month, TechJunkie readers can subscribe for 49 percent off by signing up with our link here. 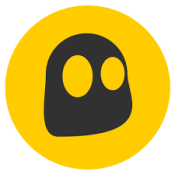 If ExpressVPN is a bit too expensive for you, you might want to check out CyberGhost, a cheaper alternative that works well with Netflix. With apps on all major platforms, including Windows 10, MacOS, Android and iOS, Linux, Fire TV, Apple TV, and more. Though we hadn’t heard much about CyberGhost prior to 2018, after hearing nothing but good things about the app, we decided to check out the app, and we’re glad we did.

Outside of its excellent visual design, CyberGhost is one of the best ways to access Netflix through a VPN. The service has more than 3000 servers across 60 countries, making it easy to quickly connect and browse from any server in multiple countries, and choosing a specific country or server can be done from within the app itself. When it comes to Netflix offerings in both Canada and the UK, we had no issues connecting right to the service to stream some region-locked content.

Of course, CyberGhost is also a great VPN. Strong AES-256 encryption is the usual thing we’re looking for here, and thankfully, it makes an appearance. Automatic kill switch support is also here, and with support for OpenVPN, L2TP-IPsec and PPTP protocols, it’s also one of the most flexible tools on this list. Overall, we still recommend ExpressVPN for most users looking to stream Netflix, but if you’re looking for an alternative, it’s hard to go wrong with CyberGhost. At $2.75 per month when billed for three years, it’s one of the best ways to get Netflix in any region without locks. 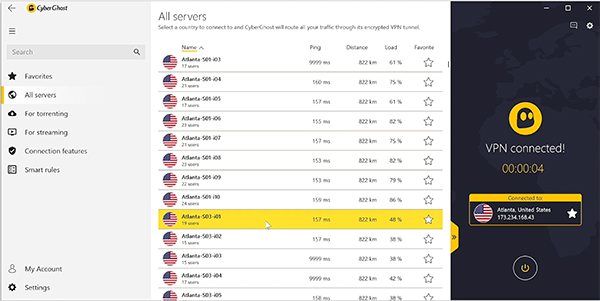 If you’re looking for an alternative VPN, Buffered VPN is a fantastic offering recommended to us by one of our regular readers. He uses it regularly to access Netflix while travelling outside the country. Don’t just take his word for it, though—dozens of reviews of Buffered confirm access from outside the US too. With server locations located all over the world, you can access Netflix from both within the US and from anywhere around the world. Buffered VPN offers apps on most major platforms, including PC and mobile, so you can get the app working no matter where you are or what you’re trying to stream from. Speeds are fast, and we had no major issues connecting to Canada from the US. A 30-day money-back guarantee means there’s no reason not to try out Buffered, so give it a shot if you’re looking for a new offering.

You May Also Like  [Most Used] Photo Editing Software for Photographers

As a VPN based in Sweden, PrivateVPN offers their customers one of the most secure ways to connect to the internet around the globe. Recommended by both friends of the site and reviews around the web, PrivateVPN makes it easy to watch Netflix from anywhere around the world while also keeping you safe and secure with strong encryption and fast network speeds. PrivateVPN offers apps for both desktop and mobile, and allows you to connect up to six devices at once. With support for OpenVPN and a built-in kill switch for extra privacy, you can trust that PrivateVPN will keep you secure no matter what. At around $6 per month when billed annually, it’s a fairly affordable offering that makes it easy to stream. 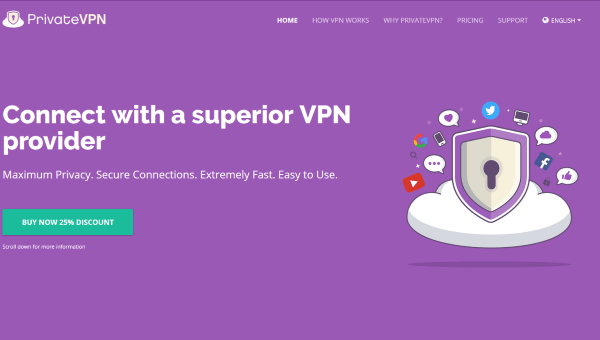 Strong VPN is our final contender as best VPN option for Netflix. It is well known for its robust security and encryption and the reliability of its network. It works with OpenVPN and offers up to 2048-bit encryption should you need it to that level. It has US servers and offers access to the full Netflix catalog from anywhere in the world. Speed is regarded as very fast and zero logs are kept. The service also includes StrongDNS with leak protection for a little added privacy. At $10 a month or $5.83 a month billed annually, the service isn’t cheap but you do get a 5-day money-back guarantee to try it out. It’s an excellent offering, and the service offers deals on annual subscriptions all the time.

All of these five services would make a great VPN option for Netflix. They all currently work with Netflix and actively seek to maintain that by using IP pooling, unique addresses, and other checks to avoid Netflix VPN blocks. All are priced differently and offer slightly different features but all will help you achieve your primary goal. To access or maintain your Netflix catalog while outside the country or you can check out John Doe for anonymous, honest verified stories and make sure to keep your privacy safe.

Do you use a different VPN provider to access Netflix? Got any other recommendations? Tell us about them below if you do we! we would be glad and write for us VPN on Techdee

How Payday Loans Work: the Truths, the Myths and the Potential Trap

What to Expect During a Wisdom Tooth Extraction

What to Expect During a Wisdom Tooth Extraction