Why Elo systems in MOBAs are bad

As we approach the release of League of Legends: Wild Rift for mobile devices, many are predicting it will eviscerate mobile MOBAs, like Mobile Legends and Arena of Valor, similar to how League of Legends dominates the PC MOBA scene. 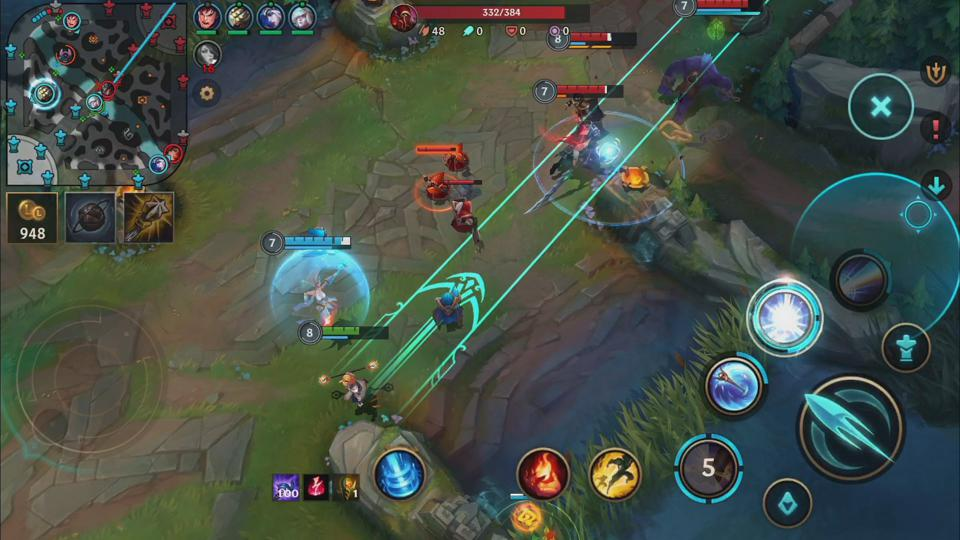 That all may well be true, and Wild Rift may cause other mobile MOBAs to bleed players like an overpowered DoT spell. But will a new MOBA address one of the largest complaints from MOBA players, which are the Elo-based ranking systems most MOBA games use? Or will Wild Rift simply be the subject of a fresh flood of gamer fury?

The melting pot of MOBA divisions

While MOBA game developers have tried many different methods of creating fairer matchups, there still exist several key flaws of MOBA ranking systems. One of the largest flaws is the fact that unskilled players can be carried by more skillful players to match victory, and ultimately, up through the ranks.

This is a key flaw of the Elo system being used in multiplayer games, though you’ll find many casual online games like Zombs Royale.io that use purely random matchmaking systems (which would be even worse for competitive MOBAs, but work great for casual arena games).

This article does an excellent job of using mathematical formulas to simulate MOBA ranking systems, and the author concluded that 4053/10000 (41%) of players are more than 10 percentile points away from their proper rank. 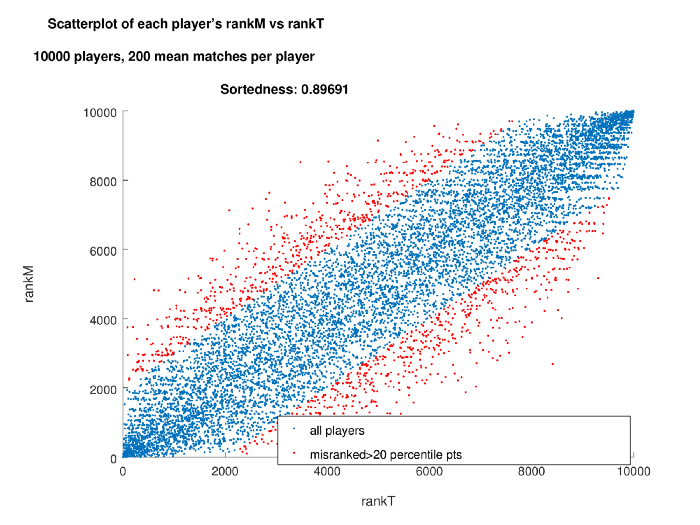 In a MOBA game with more than 20 million active players, that means around 2 million players would be significantly mis-ranked, whether that means in a lower or higher rank tier than their skill level actually deserves.

Casual and weekend players will typically stay in the lower divisions (Warrior ~ Master), skilled-casual players will hover around Grandmaster, and more skilled players will quickly climb into Epic.

Epic division is where players complain the most of “Elo hell” and bad matchmaking, as core-skilled players find themselves matched up with the casual-skilled. This is the point where a MOBA may lose frustrated players, who might turn to casual IO games like the ones here, rather than continue suffering poor MOBA matchmaking.

How do core players get teamed up with casual players? 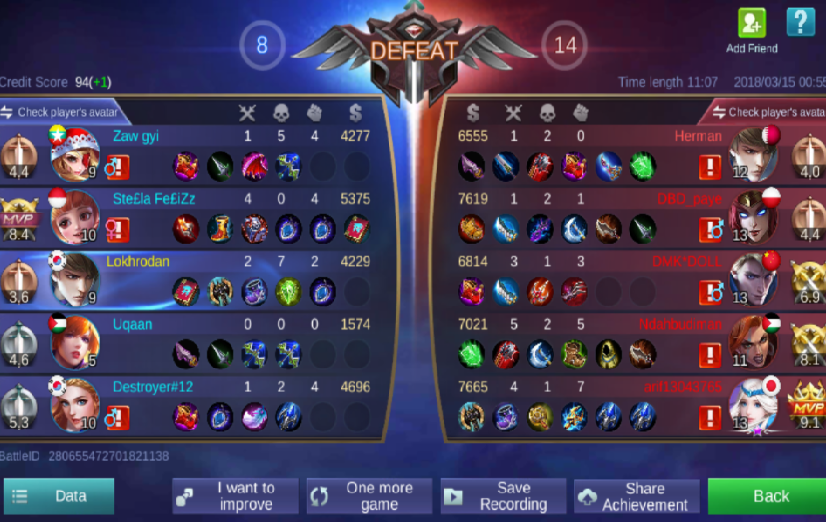 In the above screenshot, we can see that the “MVP” player of the losing team had a performance rating of 8.4, with 4 kills, 0 deaths, and 4 assists.

The player below them earned a bronze medal of 3.6, with 2 kills, 7 deaths, and 2 assists. Both of these players will lose the same amount of ranking points, despite the MVP player performing at nearly double the skill-level of their teammates.

On the winning team, we can see 2 gold-rated players, and two players who merely earned bronze medals for their performance, which likely means they did not contribute much to the team’s victory. However, all of the players on the winning team will equally receive rank points.

It’s not entirely unfair, as both teams in a 5v5 game will have a mixture of “casual” and “core” players in the Epic rank, but this creates matches that feel more like gambling, where the outcomes are determined more by luck than player skills.

Try applying MOBA matchmaking to a sports league like the NBA. Randomize the teams every match, with players taken from a pool of >20 million people.

Would Michael Jordan have been as glorious without Pippen and Rodman? Of course, every MOBA player thinks they’re Michael Jordan on the battlefield, but that’s beside the point.

Exceptionally talented players eventually climb out of the middle rank divisions, but only after suffering through possibly hundreds of frustrating matchups where the skill level of players is unevenly distributed across teams.

Some like to point out that’s actually a good thing, as being able to score key objectives, despite poor performance from teammates, is a test of whether or not you deserve a higher rank. Thus, they’ll tell you its evidence that the ranking systems work as designed.

That may be true to some extent, but it doesn’t make the climb any less frustrating.

I already talked about how core players will need to suffer carrying casual-skilled teammates, but there are even worse elements, such as toxic teammates, and trolls that feed enemy teams and go AFK.

At the end of the day, Elo-based systems in MOBAs add too many variables that affect match outcomes for solo queuers, and it should come as no surprise.

MOBAs are often developed with esports tournaments in mind, and so MOBA players are encouraged to form squads and play consistently with other players they already know, forming strategies and being in communication throughout matches.

Unfortunately, most MOBA players aren’t able to dedicate their lives to esports, and simply pray to be paired up with good teammates.

What can possibly be done to fix MOBA matchmaking?

To do so, developers would need to train AI on game data that factors in elements such as a player’s contribution to game objectives, participation in team fights, cooperation with teammates, and other variables to determine if a player contributed to victory or defeat.

Then, instead of giving or deducting rank points based on whether or not a team won or lost, players would be individually given an appropriate amount of points based on their in-game performance. This would prevent a player who contributed very little to the match from receiving the same amount of rank-boosting points as a player who consistently secured objectives.

What is the Cost of the Prince2 Foundation Examination?

Picture Perfect: How to Edit Photos for Beginners