Why Reactjs Is Gaining So Much Popularity These Days

Web frontend development’s tech stack is expanding fast, is incredibly rich, and provides a wide range of capabilities. Web development firms employ this stack. Making the right choice of the tool while implementing a company concept may be difficult for many people. Great developers never stop learning. Share tips, ideas, and knowledge, whether it be for an early-in-career or an experienced developer. Content may focus on best practices, continuous learning, upskilling, and cross-training across the spectrum from DevOps to DevOps.

For those who wish to put their concept online, we’ve found that ‘Angular’ is the most popular choice.

On the other hand, ReactJS has progressively grown in popularity among developers and business owners alike as a popular front-end development framework.

A JavaScript library developed and maintained by Facebook is known as ReactJS. Using the open-source React JavaScript toolkit, developers can quickly and easily create frontends for web apps that are simple, scalable, and quick to load. The framework was originally developed by Facebook engineers as an internal tool, but it soon become open source, allowing it to flourish and become widely recognized by both individual developers and the finest web app development businesses.

According to Stack Overflow, React is the most popular and widely used web framework, with Angular in ninth place. 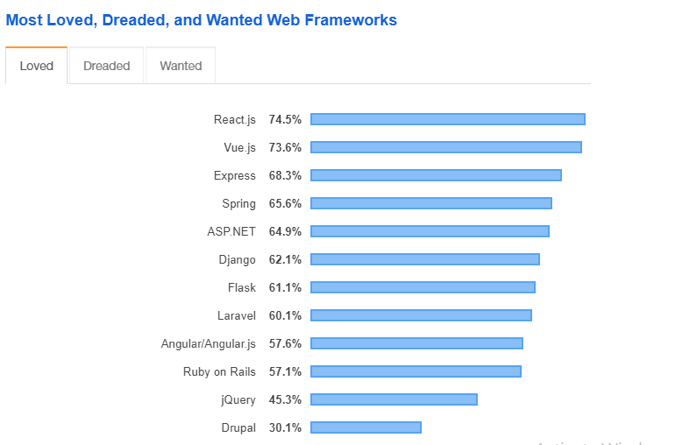 According to this data, the react js developer community highly values the library and it is in great demand among business owners, developers, and enterprises that create online and mobile application software.

Why ReactJS? What are the Benefits and Reasons to choose it?

As a result, what are the most important advantages and motivating factors for ReactJs development businesses to use React? 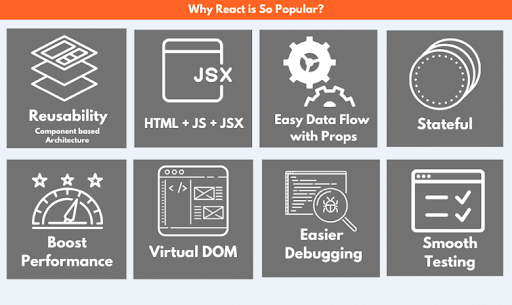 What Projects Can Benefit From React?

The “creation of big-scale apps” is what React was built for, according to the official documentation. In other words, the following are the ideal use cases for any ReactJS development company’s services:

When not to Use ReactJS

You May Also Like  Joining in Tableau: Hevo's Guide for Beginners

Numerous well-known web app development businesses employ React because of its many advantages for developers. Some well-known firms that make use of React are listed below.

React is used by Asana, Slack,DevRev, Uber, Netflix, Zapier, Dropbox, and many more. 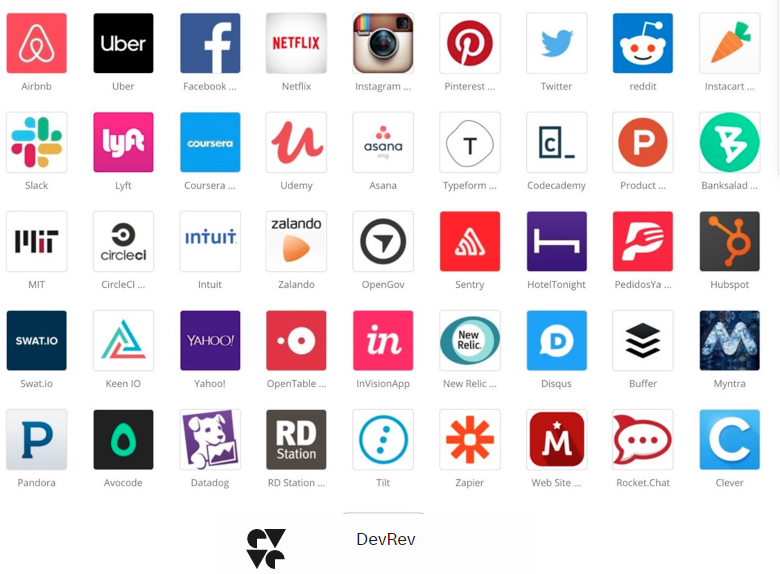 This concludes my blog post on why ReactJs is a great front-end framework. Thanks for reading!

React, like Angular, is an excellent framework that deserves your consideration.

The finest web development firm for ReactJs is essential to the success of your project. Send us a message if you have any queries or need help deciding what to buy.